Lake Skadar, located on the border between Montenegro and Albania, is a real natural paradise inhabited by hundreds of animal species. The birds reign here. There are about 270 species of birds. The pelicans are among them. We wanted to see them very much, but on the entire route we weren’t lucky to see any. The high peaks of the mountains that surround the lake, the monasteries ruins on the small islands or the carpets of plants drifting on the lake, all of that creates amazingly picturesque landscape.

And, there is a winding mountain road, leading through the hillsides of the Rumija massif, that we set off despite the sunset. We decided to chase the sun and find a place before the night.

How did it end? You can see in the film below.

The road along the Skadar Lake

It was during our stay on the Balkans and that day provided us with many sensations. We made the most of it, from morning till evening, discovering new, unknown corners of Montenegro. In the morning we started from Durmitor, from where we headed towards beautiful Pivsko Lake and from there along the great road in the canyon of Piva river to the Ostrog Monastery. When it was getting darker, we were on the Vranjina island which is in the northern part of the lake. Riding towards Virpazar, where the mountain road starts along the Skadar Lake, we were admiring from the bridge the mountain panorama and the Sun hiding behind them.

When we reached Virpazar, we were ensnared by some locals, who offered us rooms, but their price seemed a bit overestimated, so we went further, looking forward to new views from the scenic route. Its most interesting part was starting there and we hoped to find some accommodation before the night falls.

We were climbing higher and after 3 km we found some buildings on the hill. This was the village called Godinje and over the years in the past it was inhabited by the oligarchies of Lekovici and Nikac families. The rumour has it, that not long ago, the dwellers of Godinje were joking that everyone of them had the surname of Lekovic. I’ve discovered lately, when looked at the Google map that there was a guest house, which we overlooked back then. 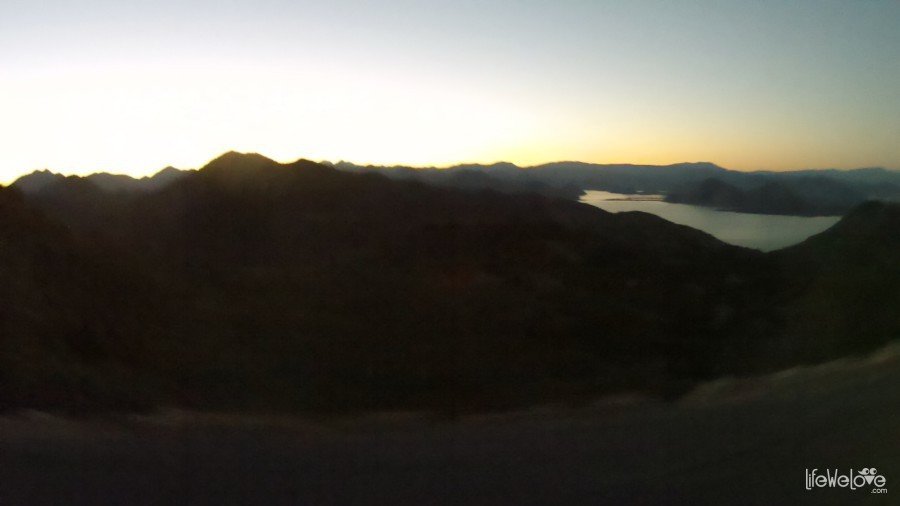 On the steep slopes, we were observing the landscape of lake bathed in gold of the last sun rays. Slowly the darkness enveloped the way. Once the day gave way to night, we were still on the road between the abyss and sharp turn. The easefulness left us, we stopped to help ourselves with the navigation while looking for accommodation. We used smartphone as our navigation with the OsmAnd+ application and with the maps from the OpenStreetMap. To our relief, there was a camping on the map in some kilometers distance. The road we had to take leaded us downhill straight to the lake, where the Donji Murici camping was situated.

It appeared that the camping in Donji Murici has the longest sandy beach on the Skadar Lake. The camping is beautifully situated, just by the lake. There is a small meadow, where you can pitch the tent. On the other side in close distance, there is a Beska island famous for two monasteries. When we woke up in the morning, the cows were passing next to our tents. In a while, on the beach we met donkeys. It’s a real fairy tale and cakes & ale! – we thought while putting our breakfast on the veranda by the beach. However, the place lost quite a bit of its awesomeness once we entered the bathroom (if we can call it this way). To be precise: the toilet-shower with a hole in the floor, above which you relieve yourself in the position called in Polish ‘na Małysza’, literally ‘on Małysz’ (Małysz is our World Champion in ski jumping and this term refers to the position he takes while jumping… Can you imagine now?). That’s actually quite typical for Mediterranean countries, but what surprised us was the economical toilet combination with a shower. So after you do your thing and want to take a shower, you flush the freezing water on your head and watch out not to fall into that hole, which had just been filled up by you and other tourists…-  quite challenging! The interior of this brick-built cab was completed with the ceiling decorations in the form of various bugs. 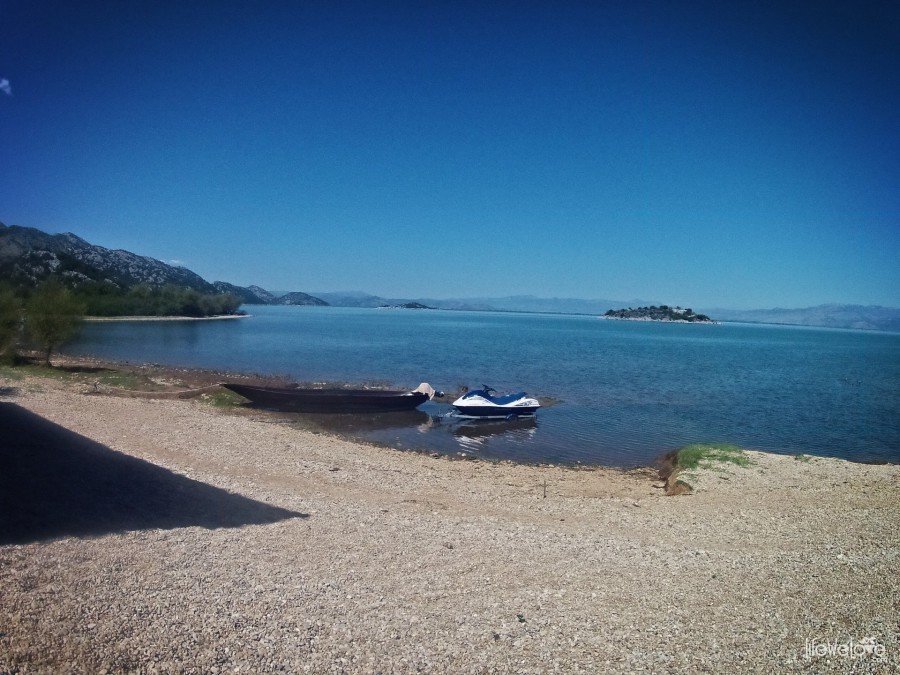 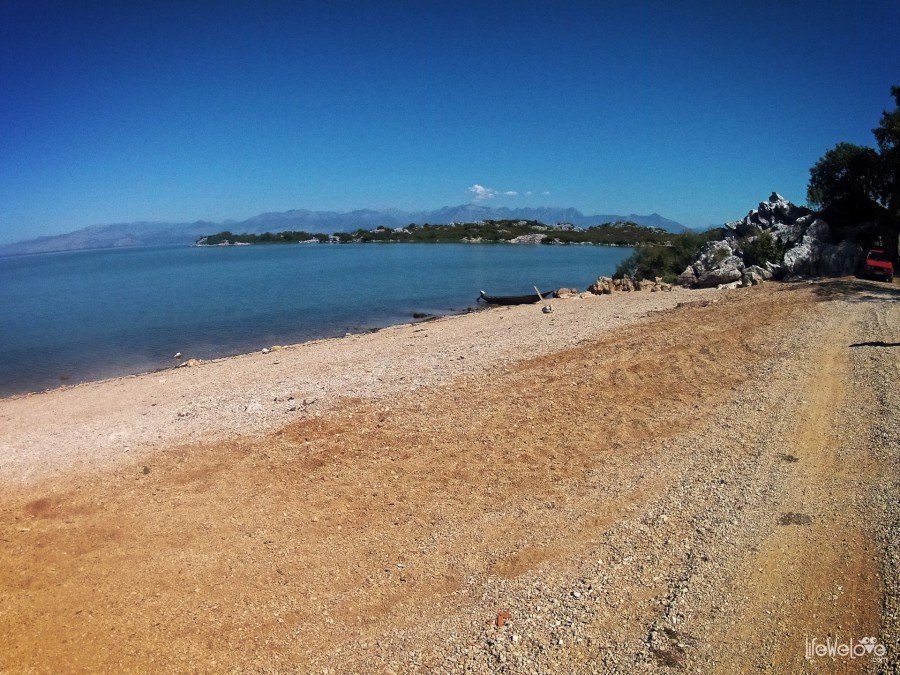 After the breakfast and the quickest toilet ever, we went back on our route and reached the attitude, from which we could admire once again views of lake in the new, by day scenery. 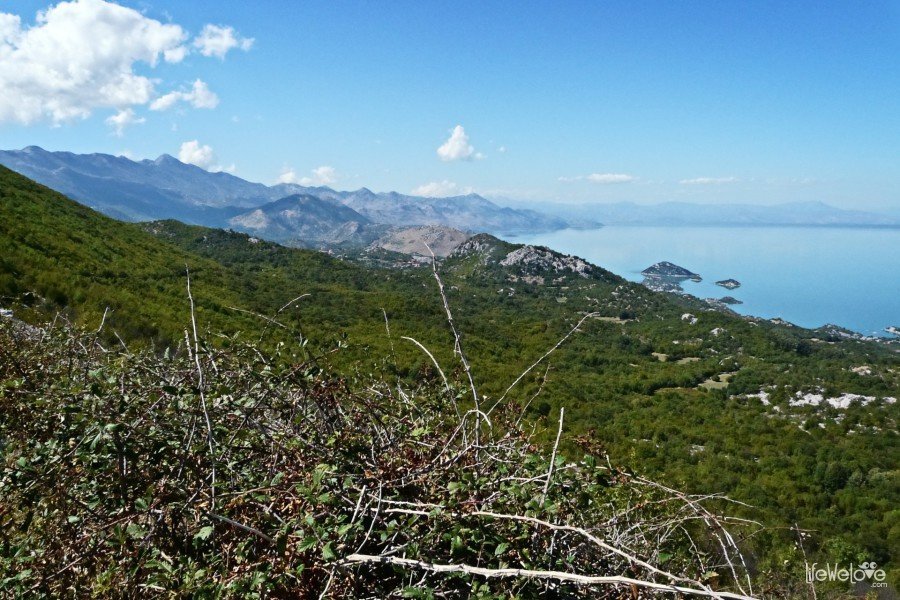 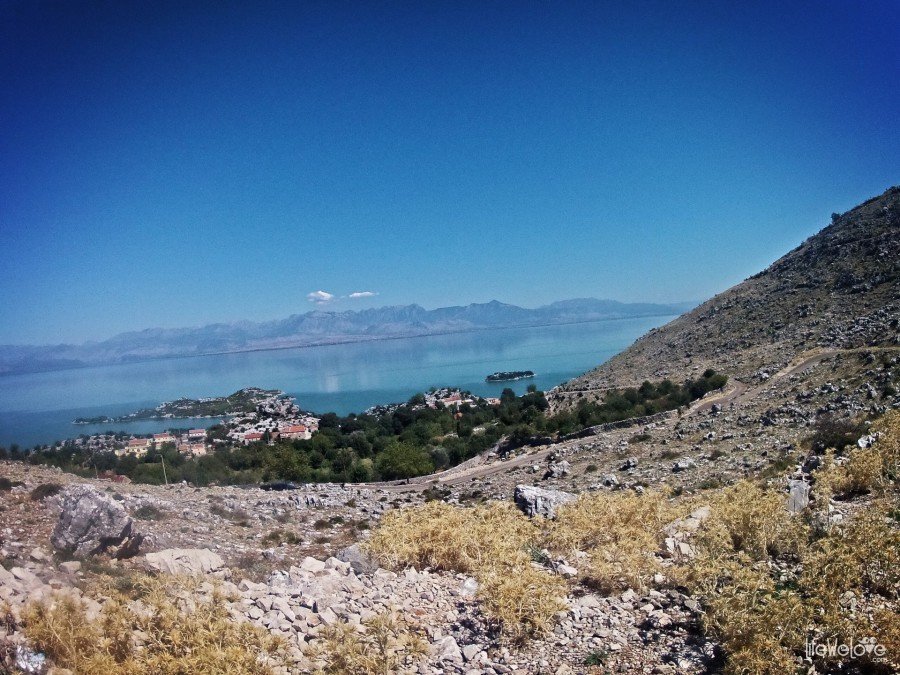 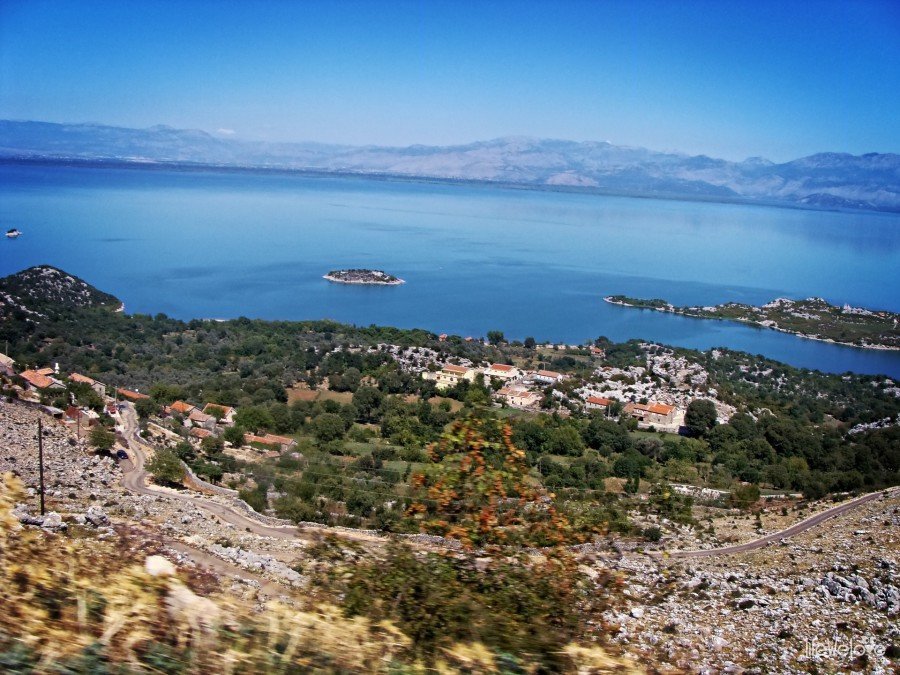 Info about the route: Our journey through the Balkans was another 3-week escape from everyday life. Condensation of emotions.... "I survived the world's most dangerous road" - such slogans on T-shirts can be found... Visiting the Czech Frydlant Castle is a 2-hour roam through the chambers, ages and history... Peru is a paradise for motorcyclists. We found out about it after a few days... Great views, exciting and challenging route, fabulous landscapes and the sea. The sea on the... In South Bavaria, known for its fairytale castle of Neuschwanstein, and the alpine resorts, there...